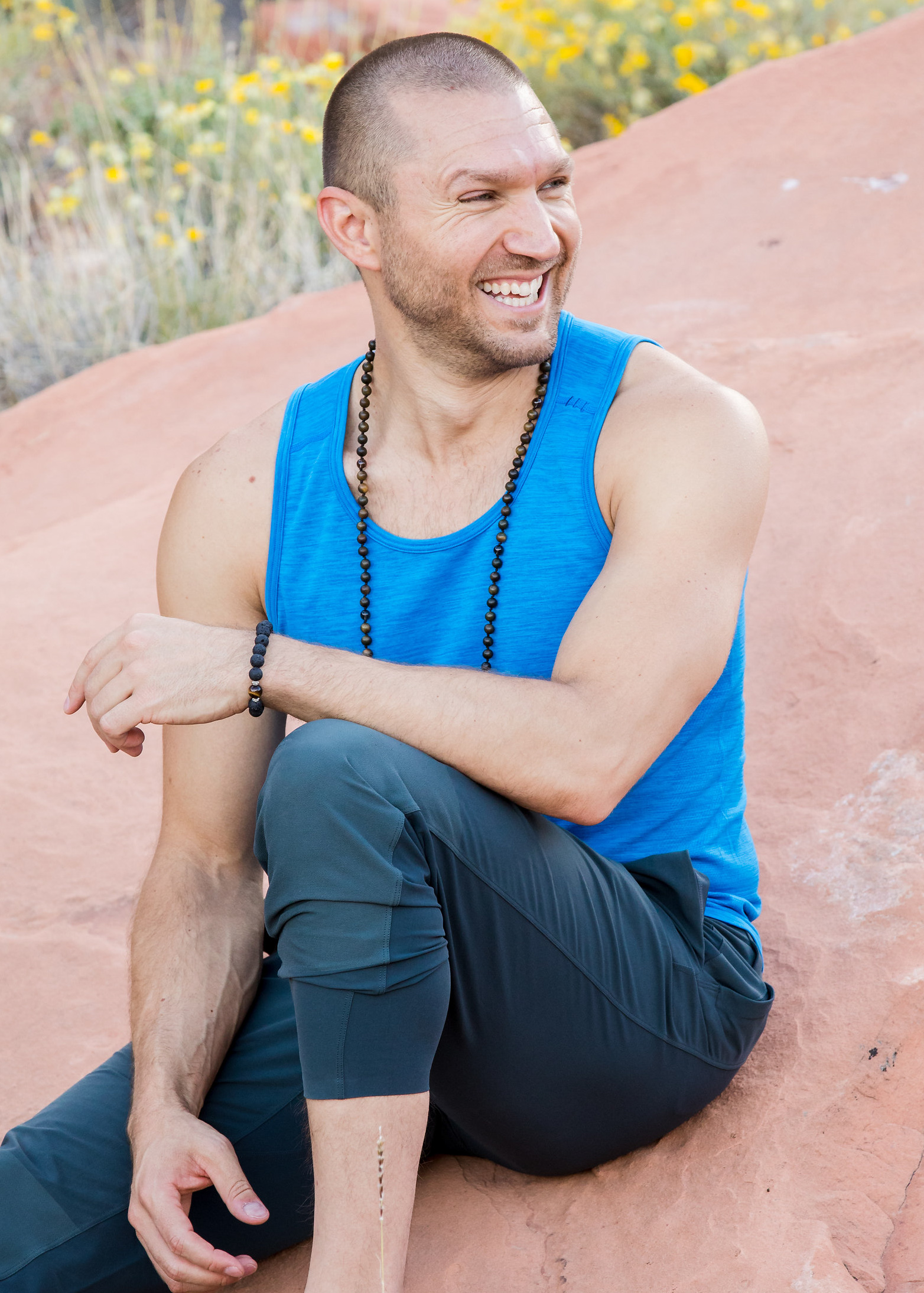 Paul found physical yoga in 2008 through Anusara Yoga. In 2011 he discovered Bikram Yoga, and the door was opened to a new life path: the exploration, study, and sharing of yoga practice and its underlying philosophy. Bikram Yoga was the catalyst for this new direction; it triggered modification of Paul’s previously inflexible body and demonstrated that transformation of both physical and subtle human aspects is possible for everyone. Paul holds a teaching certification in ZFlow Power Yoga and advanced study certifications in ParaYoga and SmartFlow Yoga. He practices and teaches various other schools of hatha and vinyasa yoga as well.

Paul found rāja yoga in 2003 with his introduction to meditation and later his involvement with the Theosophical Society. Paul gives presentations and classes on eastern philosophy, spiritual growth, and the Ancient Wisdom teachings in Las Vegas and nationally. He is a regular guest instructor at the Vegas Gone Yoga! Festival, and is a staff teacher with four separate 200 hr. teacher trainings in Las Vegas and nationally. In 2012 he co-wrote the book Ancient Wisdom for a New Age: A Practical Guide for Spiritual Growth and has been a proponent of applying New Age teachings in his yoga instruction and his real estate business. Paul also writes and records music for guitar and loves hiking, travel, and exploring innovations in science and technology.

Don't miss out on this amazing opportunity!